At CHGP, we are both proud and grateful to be summer guests at Bellahøj. In the period up to and during the summer’s major motorsport weekend, the residents of Bellahøj are at the center of events. We are very happy with the trust that is shown to us, while we want to do our utmost to ensure that the events cause as little inconvenience as possible to the residents in the immediate area.

CHGP in the local area

Copenhagen Historic Grand Prix (CHGP) is the flagship of Danish motorsport. CHGP is Denmark’s largest sporting event at Bellahøj in Copenhagen – with action, drama, full speed and entertainment for the whole family.

This is where, over an entire weekend in August every year, we celebrate historic race cars and famous race drivers, especially our Danish icons, but also foreign stars.

It has always been incumbent on us as organizers that the inconveniences we inflict on our neighbors should be as minimal as possible. Therefore, we are in close dialogue throughout the year with owner associations, etc., just as we have established a hotline during the construction, which can help with any problems.

It is our goal to use local business people and associations in the local area, and Brønshøj Husum Sports Club (BHI) is an excellent example of how we in collaboration with a Sports Association help each other. BHI’s members are, against payment to the club, responsible for cleaning the area on and around Bellahøjmarken.

In connection with the CHGP, the Race For Riget charity event is held, where race drivers make themselves and their car available in the service of the good cause. The public can get a round on the track, with payment, and all the proceeds go to the charity.

Since 2010, Race for Riget has raised over 4 million, which has primarily been donated to the BørneOgUnge program at Rigshospitalet, and thus has made the difficult everyday life for patients and relatives a little easier.

Collaboration with the City of Copenhagen

CHGP evaluates every year together with, among others, the City of Copenhagen, and it is an objective every year to improve the event itself and reduce any annoyances.

According to the permit from the City of Copenhagen, training and running may be run on the closed track for the following periods:

The race program is adapted, so possibly delays do not exceed the above times. You can find the preliminary race program here when it is published.

How
As a thank you for the loan of streets and alleys, we invite approx. 5,000 households in the local area free of charge to CHGP and almost 1,000 residents in the local area say yes every year to the invitation and pick up their personal access bracelet.

You must personally go to the CHGP sekrariatet at the Bellahøj field in person from Wednesday the 3rd August 2022 – Thursday the 4th August 2022 in the time period 15:00-19:00 and Friday the 5th August between 11:00-15:00. You must bring your yellow health card (sundhedskort), which is used as confirmation, when recieving your access bracelet. The access bracelet is for individual use. Access bracelets and health card (sundhedskort) belong together and must both be presented at CHGP upon request.

ACCESS BRACLET – is put on your wrist when handed out.

The bracelet is made of fabric and can withstand washing and bathing. Misuse will lead to the withdrawal of access bracelets and expulsion from the CHGP.

We look forward to seeing a lot of residents for this year’s family event at Bellahøj.

If you live at one of the following addresses, we would like to invite you to COPENHAGEN HISTORIC GRAND PRIX on Friday, Saturday and Sunday:

Every year, the CHGP distributes an information leaflet to the nearest households in the local area with information about contact options, times for building and taking down the course and information about possible bus diversions and road closures. All this information is also available on the website.

Together with the Technical and Environmental Administration (TMF) in the City of Copenhagen and the Copenhagen Police, the road closures are approved. This is announced on signs both in the local area and on the major access and exit roads, as well as with information on the traffic radio and coverage on TV2 Lorry.

With regard to accessibility, TMF also notes the following:

“The administration assesses that there are reasonable detour options as a replacement for the Frederikssundsvej tunnel in the local area by using Utterslevvej, Frederikssundsvej, Rådvadsvej and Frederiksborgvej, which have the capacity to handle the increased traffic load. As the race is held on a weekend, the administration further assesses that the accessibility during the event will not differ significantly from normal rush hour traffic, where the travel time is extended due to heavy driving and limited queues. ”

You will find an overview of the road closures here, when these are made!

Some residents in the area have wondered, that the parking prohibited signs are set up long in advance before the actual erection begins. This was due to the rules by the City of Copenhagen, which require that for a certain period BEFORE the parking is prohibited goes into effect, residents and road users must be notify of this order, to ensure they are informed well in advance.

In 2017, TMF in the City of Copenhagen carried out noise measurements during the uptake and dismantling phase of the track and concludes that the noise level does not differ from a normal one. weekday. However, it is important for us as organizers to minimize any further noise nuisance, which is why we have applied to extend the building and taking down of the course, by one day at each end in order to minimize work with heavy equipment after kl. 22.00 at the dwellings closest to the course, ie. Hvidkildevej and Hulgårdsvej.

However, work will take place in these places on the night between Sunday the 7th of August 2022 og Monday the 8th of August 2022, to be able to open the major roads before rush hour at. 05:00.

Regarding noise measurement during the event itself, TMF states the following:

“In 2017, the administration measured the noise load during the race to be approx. 95 dB. On Wednesday 4 October 2017, the administration carried out a measurement of the background noise on a normal weekday. The measurement was made in the period between kl. 12.00 and kl. 13.30 at three observation points on the route. The measurements show a noise level between 65dB (A) and 70 dB (A) with a calculated daily average noise between 61 dB and 73 dB. The results are associated with a great deal of uncertainty, as the noise must be assumed to be dependent on the traffic load. A measurement during rush hours will give a result that is estimated to be up to 10 dB (A) higher. ”*

Going forward, ie. from 2018, the motorcycles will not participate, as among other things these in 2017 were closest to the upper noise limit set.

The City of Copenhagen has further required the CHGP to make noise measurements continuously during the event to thereby ensure that any. cars exceeding the noise limit are taken out of the race.

On its own initiative, CHGP has applied for and received approval from the City of Copenhagen to set up so-called noise mats, known from Metrobyggeriet, along houses on Hvidkildevej.

In conclusion, it should also be mentioned that the roads in the period between approx. 19:00 and at 08:00 next morning Friday to Saturday and Saturday to Sunday are still closed to traffic, and thus the noise level is significantly lower than usual.

However, compared to the regular traffic on weekdays, the historic cars drive significantly less. All in all, the historic cars drive a total of approx. 11,500 km on a race day (16 heats with 25 cars running 12 laps of 2.4 km). In comparison, approx. 40,000 cars drive on Borups Allé on a weekday between 07:00 and 19:00, and there are approx. 20,000 cars driving on Hulgårdsvej. This corresponds to the cars driving together approx. 60,000 km in the area around Bellahøj on a weekday (approx. 1 km per car per road). It is approx. 5 times as many km driven during the race weekend.

Apart from the fact that there are no vehicles on the track in the period between approx. at 19 and at 08 next morning during the race weekend, TMF assesses that the air pollution does not differ from an ordinary weekday:

“The administration still estimates that the total air pollution in the area is the same as the normal traffic emits.”

“On 6 August 2017, the Ecological Council issued a press release stating that the air pollution under CHGP is significantly higher than the air pollution during daily traffic. The administration adds that the measurements made by the Ecological Council do not meet the EU’s measurement standards, and the administration has not been able to obtain documentation of the measuring equipment’s operation. ” *

If data is used for emissions of ultrafine particles from newer petrol and diesel cars, [3], [4] and [5], and if this is compared with data for traffic density on Borups Alle and Hulgårdsvej, approx. 6 x 1017 particles on a normal weekday between 7 and 19. A very loose estimate shows that the cars in one day under CHGP emit approx. 1018 particles, but this figure is based on very loose assumptions. However, the figures show that it is of the same magnitude. For comparison, it is deduced that on the inner forecourt at Copenhagen Airport (where the aircraft are parked, see [7]), approx. 1.6E20 particles / day, which is 100 times more than the estimate of particle pollution under CHGP.

Furthermore, it is of great importance how the measurement is carried out. The measurement carried out by the Ecological Council can therefore only be used to conclude that the emissions of ultrafine particles increase when the cars are driving and that there may be a problem, but the numerical values cannot be compared with other measurements of the particulate emissions from traffic.

Sammenligner man alligevel målingerne med målinger nævnt i [2], som i øvrigt er lavet med samme type måleudstyr, er de nævnte udledninger for enkelte busser højere end de ved CHGP målte værdier for indholdet af ultrafine partikler. Since neither the Ecological Council in their press release regarding CHGP [1] or Miljøpunkt [2] describes the procedure for the measurements of ultrafine particles, it is not possible to conclude anything from this. One must also be aware that the emission of ultrafine particles is large in many other contexts. From [6, page 30] it appears that candlelight typically emits 1,000,000 # / cm3 of ultrafine particles, which is significantly higher than measured under CHGP.

2 Measurements of ultrafine particles at selected locations in the Inner City and at Christianshavn, MiljøPunkt

You have the opportunity to get in touch with Copenhagen Municipality as follows:

Supervision of the Copenhagen Municipality CHGP

Other than noise nuisance 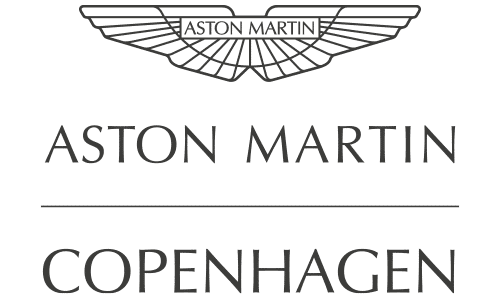 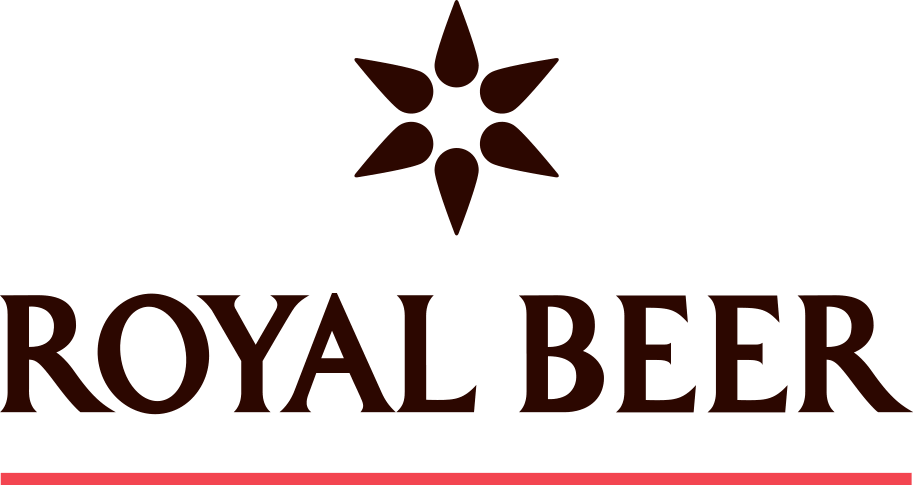 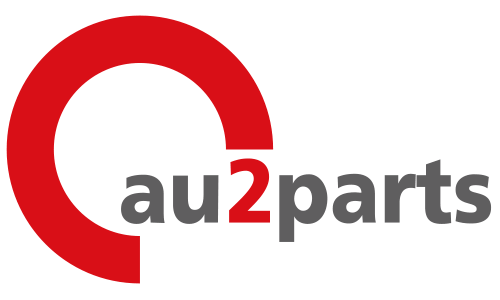 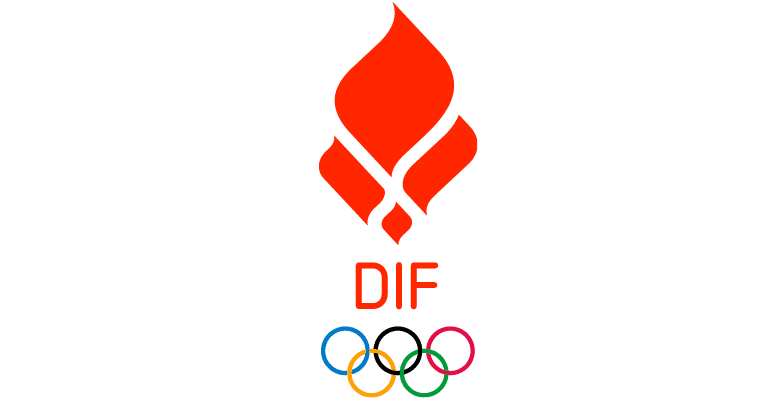 Copenhagen Historic Grand Prix is ​​the flagship of Danish motorsport. CHGP is a race at Bellahøj in Copenhagen – with action, drama, full speed and entertainment for the whole family.